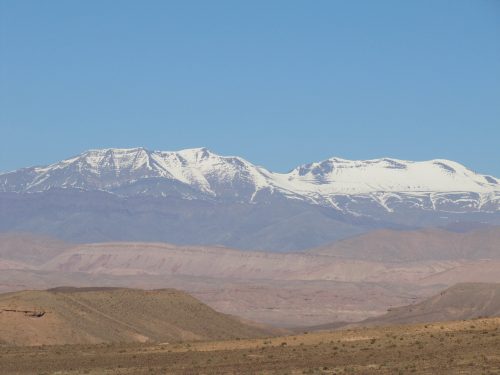 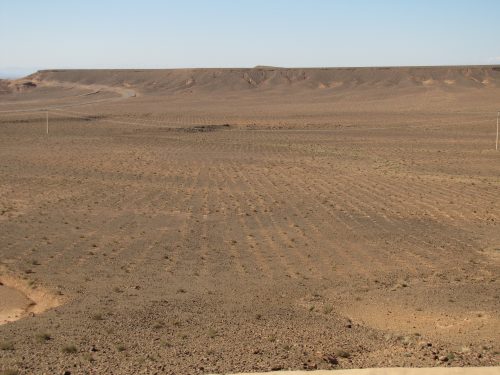 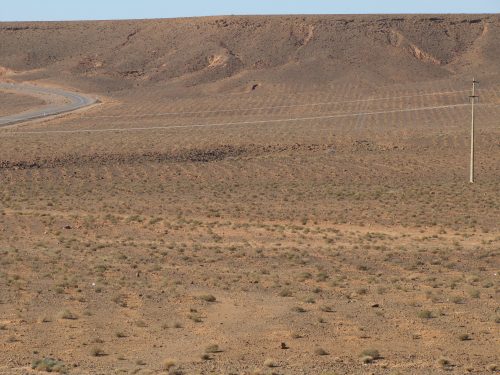 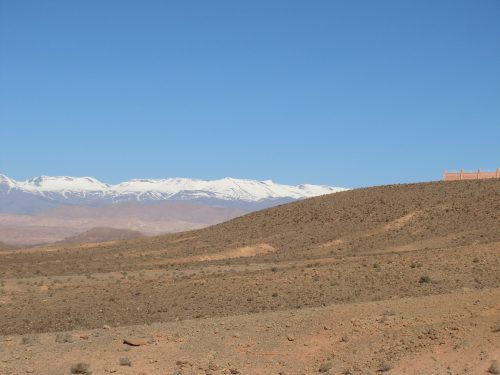 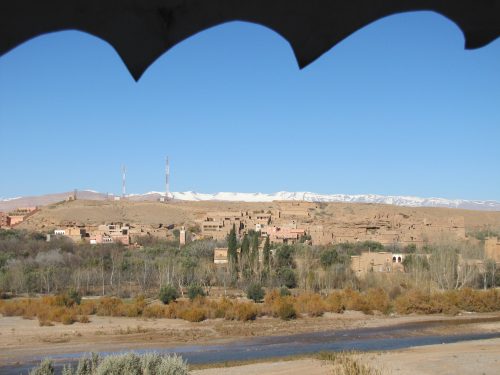 Breakfast in the Sahara Desert Over recent post on this site, I have shared photos taken on our visit to Morocco several years ago now. As an aside, I am enjoying looking at the photos taken on that trip and selecting appropriate shots to share here. There is nothing like a few trips down memory lane.

In my most recent posts, I have written about our camel ride into the Sahara Desert and our stay overnight in a Berber tent right out in the desert. We returned, again riding camels, to the hotel shown in today’s photos in time for a late breakfast. This just happened to be on Christmas Day; it is a celebration of this important day that we will never forget. It was so different, for we normally would attend church, followed by a family get-together for lunch and/or dinner.

Just like all of our meals in Morocco, this was delicious. They certainly know how to put on a good feast for tourists in the places we stayed. Along the way, we also had some great meals in restaurants and other food outlets, especially for lunch. While I occasionally ordered the types of food we enjoy here in Australia, I was also adventurous and ordered more Moroccan style food. Tasting the local foods is one of the delights of travelling overseas, and visiting a totally different culture is inspiring. Even though I am not normally very adventurous when eating out here in Australia, I was determined to be different when touring. I really enjoyed this aspect of our time in Morocco – and then in Spain, but more of that in later posts. Lunch in the Ziz Valley After leaving Errachidia and travelling along the Ziz Valley we stopped again at the Maison Vallee De Ziz for lunch. This hotel and restaurant was a road side stop but our guide knew that they served good meals. In fact, we were never disappointed with any of our meals during our two week tour of Morocco.

I think I actually amazed my wife and daughter with some of the meals I ordered. They were quite out of the ordinary compared with some of the food I like and order when we are dining out here in Australia. This trend continued into Spain, the next leg of our journey. I will write about that here in a few weeks’ time.

Meanwhile, please forgive me for posting a photo of my lunch. I will try not to bore with such things too much. My lunch at the Maison Vallee De Ziz My wife and some of the million plus palms in the valley. Towns like Sefrou near Fes in Morocco become bustling centres of trade on market days. Farmers from the surrounding districts bring in their produce for sale, setting up on stalls in the squares, lanes and streets. The chaotic arrangement seems to work very effectively and the range of items on sale is enormous: vegetables such as tomatoes, potatoes, cauliflowers, carrots, onions, cucumbers, pumpkins, capsicans, and fruit like mandarins, oranges, bananas, dates, apples and a range of spices and nuts.

Then, like in the photo below, some vendors offer an enormous range of items: pens, radios, clothing, key rings, scarves, DVDs, cassettes, tools – the list goes on and on. It is a fascinating scene. Farmers’ markets in the village of Sefrou, Morocco Over recent days I have been showing photos taken on our visit to the village of Sefrou about 30km from the city of Fes in Morocco. We visited on the day they had the farmers’ markets in the streets and lanes of the village. Today I share a few more photos.