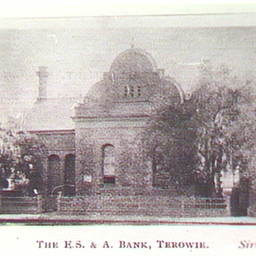 
5 Responses to “E S and A Bank Terowie South Australia”